A mother – with the help of colleagues and students at the University of Sunderland – has used pedal power to raise vital funds for a hospital which saved her baby boy’s life.

Sarah Ford, 36, from Washington, organised and took part in a spin-a-thon challenge as part of Children in Need at the University’s Reg Vardy Centre, St Peter’s Campus, where she works as a Senior Lecturer in HRM and Leadership.

It saw Sarah, as well as university staff and students, cycle 300 miles over two days in aid of the Great North Children’s Hospital Foundation, which works to support staff, patients and visitors to the Great North Children’s Hospital – based at the Royal Victoria Infirmary (RVI) in Newcastle – ensuring that every child has the best possible hospital experience, as well as funding cutting-edge equipment and life-changing research.

In February 2021 Sarah’s son Freddie, who was just seven weeks old at the time, was rushed into the RVI for scans, which revealed he had a large tumour attached to the bottom of his spine. 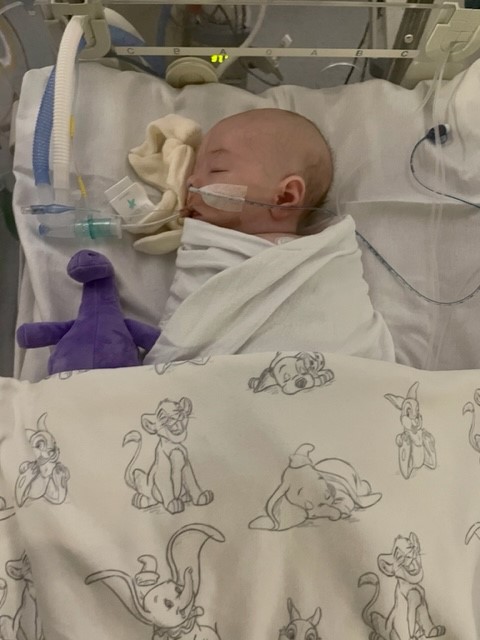 Sarah said: “We were told that this was life and death and that we were on borrowed time.

“He was top of the emergency list to be operated on within the hour for a life-saving operation. All the while we were slap bang in the middle of a worldwide pandemic.

“Restrictions meant that only I was allowed to be present with Freddie, meaning I was on my own with my husband at home. It was absolutely horrendous and the worst thing I have ever been through in my life.”

Now, at nearly two-years-old, Freddie is thriving and enjoying life, and his family could not be more thankful to the hospital staff who treated and cared for him.

“The RVI saved his life and that is a fact,” Sarah said.

“Freddie wouldn’t be here without them. The tumour was the size of a man’s fist, so it was crushing every organ inside of him. His body was under so much pressure it was really taking its toll.

“They’ve supplied us with toys, blankets, playrooms and music lessons while Freddie was in hospital and most importantly, support for us as a family. They’re real-life angels helping people at rock bottom.”

Sarah added: “It means so much to give something back to a charity that I never in a million years thought I’d need.

“I could never repay the hospital for saving Freddie’s life and the aftercare he has received, and still receiving, but I felt like I can do something to give back to help other children and parents in situations they never dreamt they would be in.”

You can still help her reach her £1,000 fundraising target by donating here.